A downloadable game for Windows, Linux, and Android

Your Kingdom has fallen, castle is under attack, enemy soldiers are searching for your. Can Leana escape from enemies and rebuild their Kingdom?

Play as Leana, Princess of Drynnor in this open world story driven fantasy-medieval RPG world. Start a new life as nobody, get stronger, earn money, make friends, help your father and rebuild your Kingdom.

You can get more information on our Patreon page. After we release our game at steam, we'll are giving free key to anyone who pledged us 10$ or above! If you donated here, please tell me after release and I'll send you free key.

New version might not always compatible with old ones. If you played any older version of our game, you might want to delete old game files here(not always necessary): C:\Username\AppData\Roaming\Kingdom_Lost

0.56.0 IS NOT BACKWARDS COMPATIBLE

playing as a princess in a rpg setting sounds like my cup of tea, will definitely check this out once i have free time! :))

Fatal error after trying to find a way to progress past end of tunnel without just walking past soldiers after freeing servant,  reloading and trying to fight soldiers, then reloading to try my first choice again. Also, servant clips through floor and doubles as they walk out of cave.

May just be nitpicking, but button layout is very taxing on the brain for those who're used to both types of ABXY control schemes (Nintendo and Xbox) as having X and A switched from the Xbox scheme makes combat ridiculously hard due to constantly hitting the wrong button. I don't know if the issue is coded into the software, or merely a minor oversight, but, unless it's been done on purpose, if it's able to be altered, I believe doing so may help the experience in the long run. I played on mobile, as I don't currently have access to a decent PC, so I don't know how the controls function on that version, but I thought I'd just give some input.

I hope this project goes well, as the art is nice, and I'm curious how things will pan out in future, so I wish you well in your continued endeavors.

Not sure if those bugs still exists, since the version I'm currently working on has lot of changes in that area and cutscene system, but if problem persists in the next update, I'll fix it.

About mobile controls, button layouts are easily changable and I'll see what I can do. I didn't knew about that issue, thanks for bringing it to my attention. Also I compeletely changed combat controls for mobile, it should be much more enjoyable in the next update, which is mostly done.

It's more easy learn to flight on Star Citizen.....

Edit: If you are playing on browser, please give it a shot on downloadable build, html version tends to break a lot. Btw, you shouldn't need '!', '#' and '.' keys ever, not sure if that's what you mean but just in case.

Interesting so far. Not sure if you are able to escape the tunnel yet, pretty sure i cleared it but i may have missed something. I do have some criticism. I'm not really sure what the ENTIRE story is, mainly because i found the beginning info dump just not really all that entertaining. There are some grammar errors in it, but overall not horrible. Outside of that i think slowing down your first combat when you are learning how to fight would be helpful, just so you really have a chance to figure it out, though, i managed to pick it up pretty quickly so maybe not.

Overall awesome start! Keep it up, i'll be sure to check in on it regularly that's for sure.

Thank you for your constructive criticism! Tunnel is the only map currently, only important thing you might've miss is strength potion, which gives +1 damage permanently.  About story, it is going to be unfold later so I'd  say your feelings about it is expected, since game can't give you the rest of it currently. About grammar, I wish we could do better, we are not native english speaker so we need someone proofreading for us, which is currently unavailable. I'm glad that it's still somewhat understandable at least. Slowing down tutorial combat is good idea, I think I'll change it on the next update.

Thank you for your feedback, it means so much! We'll try our best to not let you down! 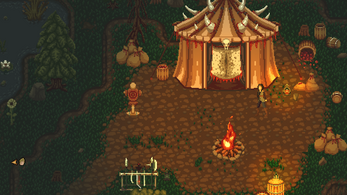 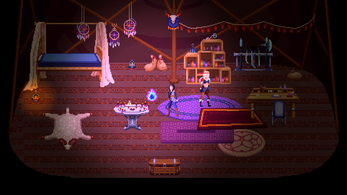 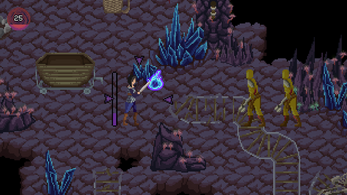 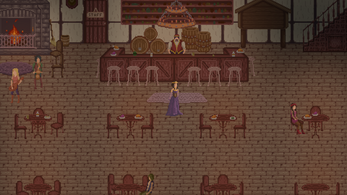 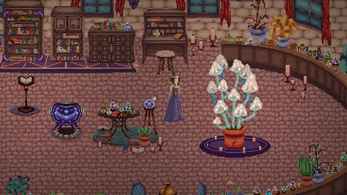