Hello everyone! Since the last devlog, I’ve been busy with Oh Sheep and some commission work I took. Last month we had to travel for the expo and visit some relatives while we were at it and we’ve been away from home for a while, which made the whole process a little bit slower. Well we are home now and I’ve been coming up with some new ideas for Dekamara as well, and since our new character design started to take shape, I’ll also start working on the upcoming update.

Initially, this was the first design ShySeel sent to me, which was not quite what I had in mind. Later she mentioned that she wasn’t satisfied with the results as well, so I encouraged her to give it another shot. It was going to take more time of course, but I’m hoping your support will continue even if this release might be a bit slow. I’d like it to be satisfactory both for us and our players, so I didn’t want to rush it even though part of me was worried about the release. Anyway, later she sent me this design, which I really liked and I’m pretty excited about it. 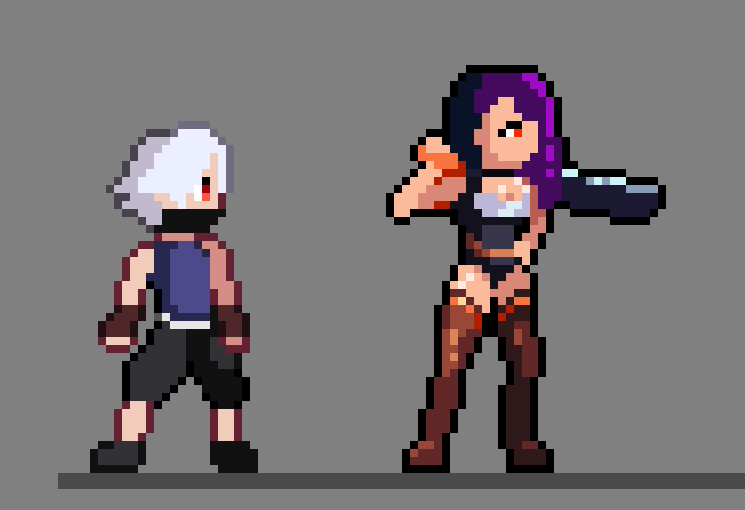 And then, we decided to change her hair a bit to give her a more badass look. She’s going to be swinging that huge piece of hunk with ease, so we want her to feel strong in design. We originally wanted to make her ebony like in the first design, but this design looks pretty awesome so I can’t complain. 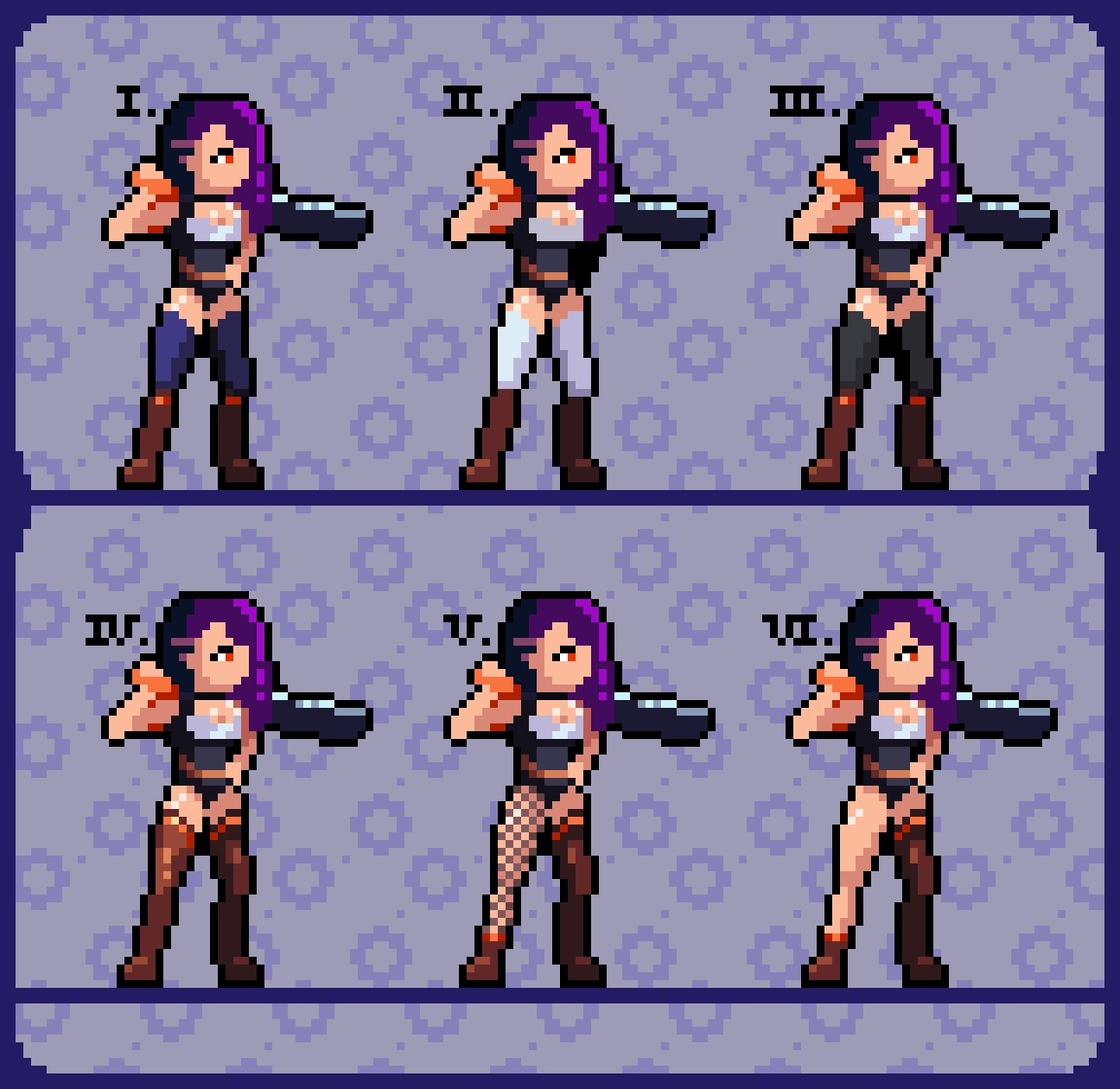 We had different ideas for her outfit so we’ve opened a poll on the WIP section of our Discord server. Our Patrons have access to the WIP channel for Dekamara, you can vote for the design you like the most there and we’ll be putting that into the game! As for the gameplay, I’m aware that the game has been difficult for most(?) of the player up until now. People I watched playing this game have usually struggled. I think players with a decent amount of platformer experience shouldn’t really struggle with this game, but I guess I should also consider the fact that players are not just here for the platforming. I believe one of the main reasons why this game seems so difficult is people usually expect a more casual gameplay experience(can’t blame considering how the game looks), which leads them to missing some details that can be helpful in some parts of the game(I’m not going to spoil anything here). I know how this game looks extremely simplistic, while that’s currently mostly true, it’s not what I’m aiming for for the final product. I love putting small details on top of simple elements, and that's exactly what I’m aiming to do with each upcoming change. Instead of just simply taking away from the game just to make it easier, I aim to improve gameplay for the benefit of the player. Dekamara is a horny gentlemen so he takes power from her lust, and it’s represented with this bar:

I’ll be calling this SP for short, I’ll leave the meaning of this abbreviation to your imagination. Currently SP doesn’t have any use in most cases, but that’s about to change. We haven't decided on anything just yet, but I want to add some skills related to combat, probably in the upcoming update. Another thing I want to change, or should I say improve, is how the player gathers SP. Currently, the only way to increase our SP is by ‘interacting’ with the girls in various scenarios, which is slow and tedious in the long run. I’m planning on giving players SP by damaging enemies, while also losing SP(instead of HP) when the player gets hit. In short, the current SP will act as a shield, or it’ll be used to trigger skills. This will make gathering SP a lot easier and interactions much more efficient in general. There are other features that I’m planning to add and improve, but I don’t like to spoil everything. If you have any suggestions or anything you would like to see, I’d love to hear it. We are always open to any suggestion. That’s it for now. New character might take some time, but we’ll be ready as soon as she’s done! We’ll keep you posted, take care everyone!

Hey there, it’s Shyseel! I’ve been really excited to draw more content for Dekamara recently, though I've been late on deadlines. My workflow so far hasn’t been very consistent because of life and circumstances, so my apologies to you all ;w; PyschoMale has been very understanding and patient through this process and I'm working on bettering my state.

As a side note I was included in this project for character design and background/UI sprites. We had some extra help from 2 people in the beginning but they ended up being burnt out and leaving the project early on. Now I'm in charge of everything as usual >v>;; I'm really slow at animating. That being said, I hope you will like the newer animations made by me. Thank you so much for the support so far <3

A puzzle platformer eroge where you tame naughty girls in the forest.