A downloadable Eroge for Windows

Support us on Patreon for Steam release! 1$ Patreons will get free Steam keys and free access to latest version!

Holy forest is in danger! Lewd girls has corrupted the forest with their naughtiness! Our only hope is you, Dekamara, to teach them how to behave and be a good girl by satisfying their naughty desires.

But careful! If you fall weak, they'll teach you a lesson instead!

coming to Android is possible?

If we get enough support, I might think about it.

Gppd game, but could definitely use more variety in scenes, enemies and some better design with the general map.

Don't know if it's intentioned, but there's one altar where if you drop the girl (I think there was only one) by mistake, you cannot activate that altar, and got to reset the save

This is not intentional, I'll fix it when I find it.

Oh shit this is good. Wow.

getting a bug where my game completely crashes when I use the guide, on 0.141 at 4 or 5 altars left. otherwise great game! looking forward to future updates

Hey, sorry about that! Unfortunately it doesn't crash for me when I try that, if you get an error message that could help me identify the issue.

Hey,I've reviewed you current build of your game

this chad isn't afraid to support who he thinks deserve it regardless of what they do.

i found a softlock, on a left side altar, there is a impossible escape, the room is very high and from the bottom (where the altar is) you can get high only to a "plant", after that it could be possible to do a walljump, dash trought the wall, avoiding the rotating spikes, jump barely enough to get higher and repeat at least 3 times (difficult)

Thanks, that will be fixed in the next update.

should i send you some screenshots?

I think I got it, I believe you are talking about this part. It might look a bit different since this is the fixed version.

exactly, now it looks solveable, i see you removed the spinning spikes and moved the moshroom, in case i see other softlocks, bug or something else i'll report to you.

The right part of the screen gets cut off on a 16:10 monitor. Switching to windowed mode doesn't help, the aspect ratio stays the same even inside a window.

I can't tell, is this only for windows, android, or what?

The game is pretty hard lol

I haven't made it far but here are my issues:
( I don't actually know what they are called so I'll just describe what I see)

This is your game, so its your rules, but here are my suggestions as a player:

-The Archer girl should have an interval (or cooldown if you will) after firing an arrow, immediately starting to attack as soon as she fires one arrow makes it extremely difficult getting close (especially when she is on another platform and you have to go up/down to get her)

-The Warrior Girl's attack animation doesn't seem to get "reset" after getting interrupted. In cases where she gets interrupted mid-attack, she just resumes the last attack animation when she attacks again. This leads to you getting suddenly rekt while doing your combo (in which enemies being able to counterattack should be impossible).

I actually like this game! (This is coming from someone who played FOBS, Succubus Affection, and Eroico)

I look forward to actually buying it when it finishes!

Hey, thanks for your feedback!

- Problems you mentioned about UI should only be issue on HTML version, which is removed now.

- I added cooldown to Squire(pink haired girl) attack but I forgot about Archer, and I just added it, it'll be available after I update the game today. Also I tweaked her aiming time, previously she would aim as soon as the animation starts but now she takes aim after she draws the bow.

- Not every attack staggers the enemy, that's why she can still attack while you are comboing. Try dashing out of her attack range(dash animation has iframes) or sliding(slide interrupts their animation %100). I might make combat easier in future if this becomes a problem for everyone.

Thanks for playing and your feedback, I really appreciate it!

is there a way icould alter the sprites? bcause i would love tu use some of my one sprites

so, there is no version to play?

Sorry, I forgot to change the game type on Itch. You can download now.

There aren't any available versions or downloads

Sorry, I forgot to change the game type on Itch. You can download now.

That HTML version is extremely clunky. Got stuck due to bugs like 2 times in 5minutes. The Windows build is better but still clunky. The gameplay feels very unresponsive. It needs alot of tweaks like reducing the animation lock while attacking. Honestly, i had harder time with it than Elden Ring. Anyway interesting direction, will keep an eye on that.

Thanks for the feedback!

I've removed the Web version as it's basically unfixable. Yesterday it was working fine, now I just keep falling through the ground, it's a mess.

We'll continue polishing the gameplay as we further develop the game. Thanks for playing!

Reply
just asking for a freind97 days ago(+1)

its good but laggy

it's just your pc bruh buy some 8 gigabyte RAM

If you are having issues with HTML please try Windows build.

just try it don't ask, No one cares how fast you can run

a some other game, no one cares how fast you can run this game, so please just be quiet 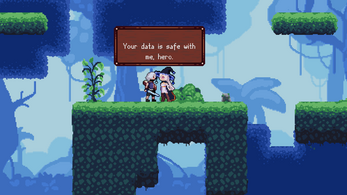